*I’m in Rwanda this week representing Hope Through Healing Hands with Dr. Paul Farmer, Partners in Health Rwanda, and Harvard Medical School. These dispatches from the road are my personal journal–recording what I’ve seen and learned on this trip. See my pre-trip thoughts, and blogs from Monday, Tuesday, and Wednesday.

Today we went to see some of Rwanda’s natural treasures: mountain gorillas.

Rwanda has a long history of gorilla conservation. Dian Fossey, author of Gorillas in the Mist, founded the Karisoke Research Center in Rwanda in 1967 and studied gorillas in the Virunga Volcanoes until her death in 1985.

With Gorilla Doctor guides, we spent six rainy hours trekking through Volcanoes National Park looking for the Titus family of 10 gorillas—including one silverback and one 3 month old newborn. We finally caught up with them at about 9,000 feet. 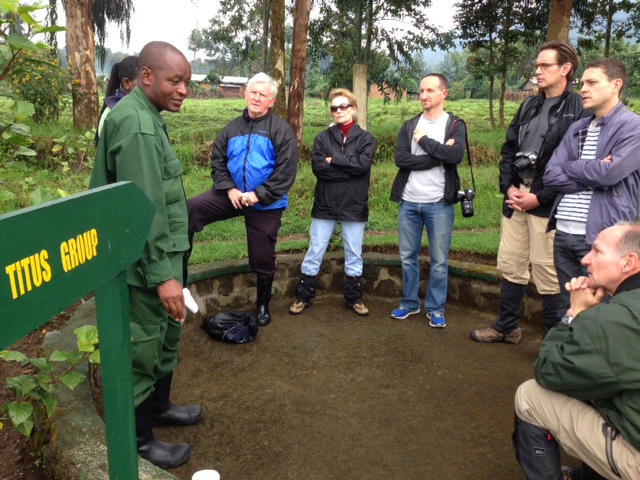 These incredible creatures are monogamous vegetarians. Each mother has 4-5 children during her lifetime, starting when she’s about eight years old. They can live to be 43 years.

At one point, the gorilla population here was down to 250 animals. When I visited in 2008, there were 750. Today, Gorilla Doctors estimates that there are 880 gorillas.

But gorillas are not quite the departure from human health that they may seem.

Dr. Jan Ramer, regional manager of the Mountain Gorilla Veterinary Project, explained that Gorilla Doctors approach their work from the “one health” perspective, a belief that the health of one species is inextricably linked to that of its entire ecosystem, including humans and other animal species. 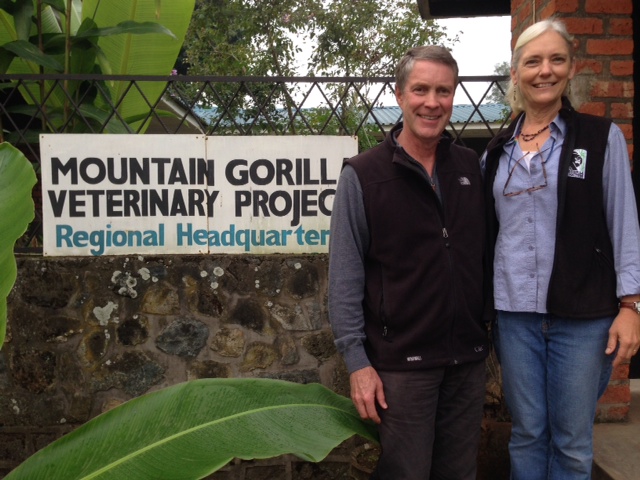 It’s easy to see how closely the species connect.

The number one killer of gorillas is trauma. On our walk we came across three rope and wire snares. Though meant for antelope, gorillas, especially infants and juveniles, sometimes get caught in these snares. Gorillas may lose limbs or digits to snares, or die as a result of infection or strangulation. Gorilla Doctors respond to reports of gorillas in snares and work to treat their wounds and release them.

The number two killer of gorillas is infectious diseases, and humans and gorillas are susceptible to the same diseases. In fact, the most common infection in gorillas is respiratory disease, which can range from a mild cold to severe pneumonia, in individuals or in whole groups. These diseases are often passed from human to gorilla.

I’ve worked with these animals before, even doing some gorilla surgery, but seeing them in their homes never gets old. Amazing creatures. 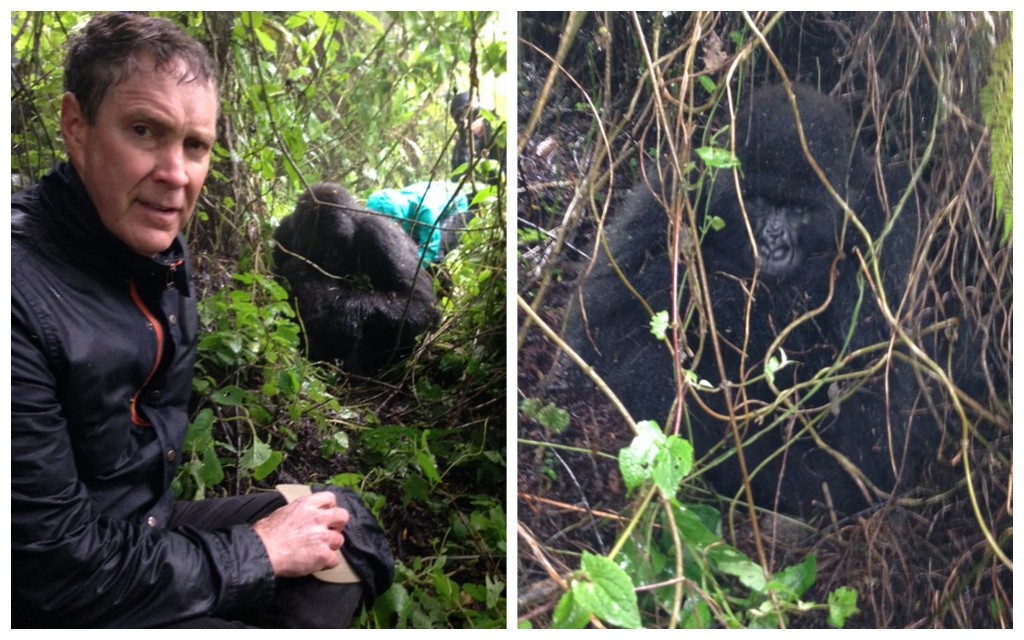